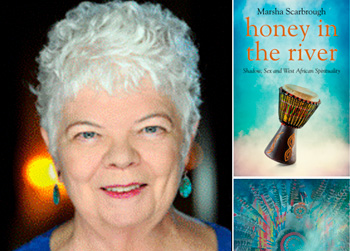 American author, journalist, and raconteur Marsha Scarbrough promises to weave a lively evening with readings from her award-winning memoirs:

Marsha will also preview her memoir-in-progress “20 Years in Hollywood: Tales to Tell“.

Marsha is a member of Directors Guild of America with 20 years of experience as an Assistant Director on major feature films, prime time television series, movies of the week and network sitcoms. She has worked for various directors including Clint Eastwood, Leonard Nimoy, Blake Edwards and Carl Reiner.

As a freelance journalist, she has had over 100 articles published in American magazines. She has been Contributing Editor for “Written By: The Magazine of the Writers Guild of America, west”. Currently, she writes about expat life in Spain for “International living” magazine.

The evening will be in chat show format, covering an exploration of Marsha’s life and works, readings (including her Hollywood Memoir) and a Q&A, it will include refreshments and book signing.

Whilst the event is free, places are limited. Please reserve via buying 3€ “priority postcards”.