The International Brigades: An evening with historian Giles Tremlett

The first big event at Secret Kingdoms English Bookstore was a great success. I was not able to be there (Covid continues to haunt us) but am most grateful to our customer and attendee Roy Thomas “Redefined Partnership” for the following spontaneous account of the evening:

On the day that Boris Johnson resigned as Prime Minister of the UK, a full house gathered in the evening at the Secret Kingdoms bookstore to listen to Madrid based British author Giles Tremlett discuss his book “The International Brigades; Fascism, Freedom and the Spanish Civil War”. Sitting alongside him, to help explore his fine historical account, was Pallavi Aiyar, a well-travelled author and writer whose points and prompts ensured a quick tempo and intelligent depth to the evening. Mr Tremlett started the evening with an account of those attending the Barcelona Games in July 1936 and the romantic story of Muriel Rukeyse, an American poet and writer, meeting Otto Bosch, an exiled German cabinet maker, as the first shots of the Civil War were fired. Tremlett brought the severity of the War to our attention, and the contribution of the International Brigades, with their stories and personal sacrifice not forgetting the poetical narrative from the likes of George Orwell, Peter Weiss and Stephen Spender. Tremlett is no ordinary historian and brings a human touch to his work with his understanding of Spain and his well-tuned mind for the importance of history. He demonstrated how the Brigadiers contributed by the ultimate sacrifice, with those fortunate enough to return to their native soil providing personal accounts of their experiences in a prologue to Hitler and Mussolini’s future failed ambitions.

The evenings conclusions were that the Brigades were the early fighters of the fascism of Europe that reigned before and ended in the Second World War. Mr Tremlett showed how they lost in Spain but that their fight ended in ultimate victory. A discussion was held regarding the different outcomes for Spain if Franco had failed. Mr Tremlett referred to the parallel economic trajectory of Italy pre and post 1976 and the fact that Spain would have been in opposition to Hitler and Mussolini in the Second War, which set thoughts racing. To end, there was no shortage of questions from the full house of an audience hailing from across the World. The Secret Kingdoms venue and audience brought Tremlett’s account of history to life . It was so well chaired by the accomplished Ms Aiyar. However, the last words of this account of the evening must go to Mr Tremlett, “In order to stop a destructive or corrupting idea from spreading it must be identified as such” History is important to us all and as Mr Tremlett reminded us that we must be free to account and discuss and deliberate upon evil and violence in progressive peace.

There is not much more I can add than a few photos from the evening…  Watch this space for our next event. 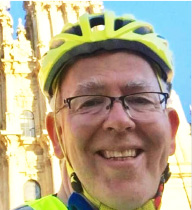 David Pricehttp://thesecretkingdoms.com
As a young man I dreamt of starting my own business. My dad, still a source of wise advice, said "go out and work for someone else first son, learn all about business, and when you are ready, you will know".

Juan Sixto-Lopez is an artist I have admired for years, I love the way he combines elements from past and present into a beautiful...

As a young man I dreamt of starting my own business. My dad, still a source of wise advice, said "go out and work...